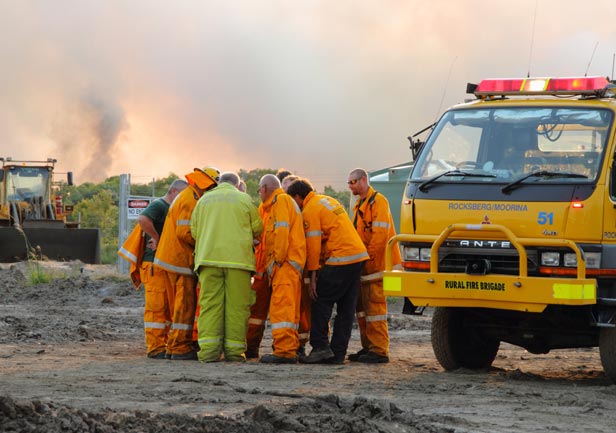 So, for those who wish to follow NSW RFS Shane Fitzsimmons example and be a leader for their people, how can you design workplace contexts where employees feel heard and can flourish?

Now that, thankfully, the dust has settled on the worst bush fire season in history it is fitting to reflect on the leadership displayed by Commissioner Shane Fitzsimmons and the Commissioners from other states.  How does someone command an organisation of as many as 70,000 volunteers in a territory the size of Europe with only a relatively small number of paid staff?

The simple answer is a little part charisma (the sort of quiet charisma that exudes confidence and assurance rather than the loud variety), an unswerving on building robust organisational systems and genuine commitment to a shared purpose and goals.  These do not happen by accident. Some 10 years ago, Shane and his team revisited their culture and values.  This is a normal process for an organisation that had grown organically out of several organisations controlled by local councils to one state-based, state-funded entity. The process of cultural renewal was an hugely collaborative one, taking almost 2 years and involving rounds of focus groups and consultation with brigades and captains meetings from the Queensland border down to the Victorian border, and from the far west to the South Australian border. Hundreds of people were involved, all discussing one simple question, “What sort of organisation should RFS look like into the future?”

At the core of this work was the creation of a set of 7 Values: mutual respect, adaptability and resourcefulness, one team, many players, one purpose, integrity and trust, support, friendship, Camaraderie, community and environment, and knowledge and learning. These Values were then presented back to those same groups and meetings with a further opportunity to discuss and flesh out the behaviours that would exemplify the Values. For example under the Value of One Organisation is “consultation, acceptance and engagement of all stakeholders, both internal and external, are essential to the success of RFS”. The RFS is part of the community and society not separate from it. Under Integrity and Trust is “We take personal responsibility for actions and commitments that we make”. This vital statement is critical to success in times of crisis. As any leader will attest, when faced with the unknown or life-threatening situations, you need your people to know what the right thing to do is and know that they will be supported in decisions they make on their own, on the run. There is a saying that “ethics is the depth dimension of any organisation, only truly tested in times of crisis.”

RFS is a truly collaborative organisation which is unusual for a military-style organisation. Although it has a command structure that on the surface appears hierarchical and top-down, its decision making is devolved.  As often as we see Shane as the spokesperson, we see other leaders with equal authority on our television screens and on the airwaves. At times where a calm voice is called for, or where the strategies are called into question, Shane takes centre stage. We know intuitively that he is always there and that he will take the lead when it comes to the crunch. He is a person of enormous passion and empathy, compassion and inner strength.

In ‘downtimes’ when there are no crises to face, the organisation readies itself for the next one by reviewing and building organisational systems and members’ training. This also involves, engagement and motivation strategies, recruitment, asset reviews, analysis of future potential hazards, talking to its stakeholders so that, at the press of a button, it can be campaign-ready.

Two other Values that are critical to the success of RFS are Community and Environment and Knowledge and Learning. Under Community and Environment, they have the behaviour;  “We see building community capacity as central to our mission” Despite the criticism that was levelled at the RFS for its ‘lack of backburning’ by less responsible politicians, volunteers and officers work all year round in managing the circumstances that can exacerbate fire conditions. Knowledge and Learning was added after extensive consultation across the state.  What emerged from these sessions was that there were many innovations at a brigade level, but there wasn’t always a platform for sharing these initiatives and making them standard. A good example of this was the introduction of aerial photographs of the topography of a region to better understand the likely conditions on the ground, including vegetation mix, that might impact on strategies for fighting fires and minimising harm.

Shane Fitzsimmons is a rare but textbook example of a leader “leading from the shadows”.  He empowers and inspires his people. He designs an organisational context where his people can thrive. He is not a crusader but a leader with a real fix on the superordinate purpose of his organisation. Constantly communicating that, in the field, is what sets him apart.

Managing Values is proud to say we walked alongside NSW Rural Fire Services on their two year values clarification journey.